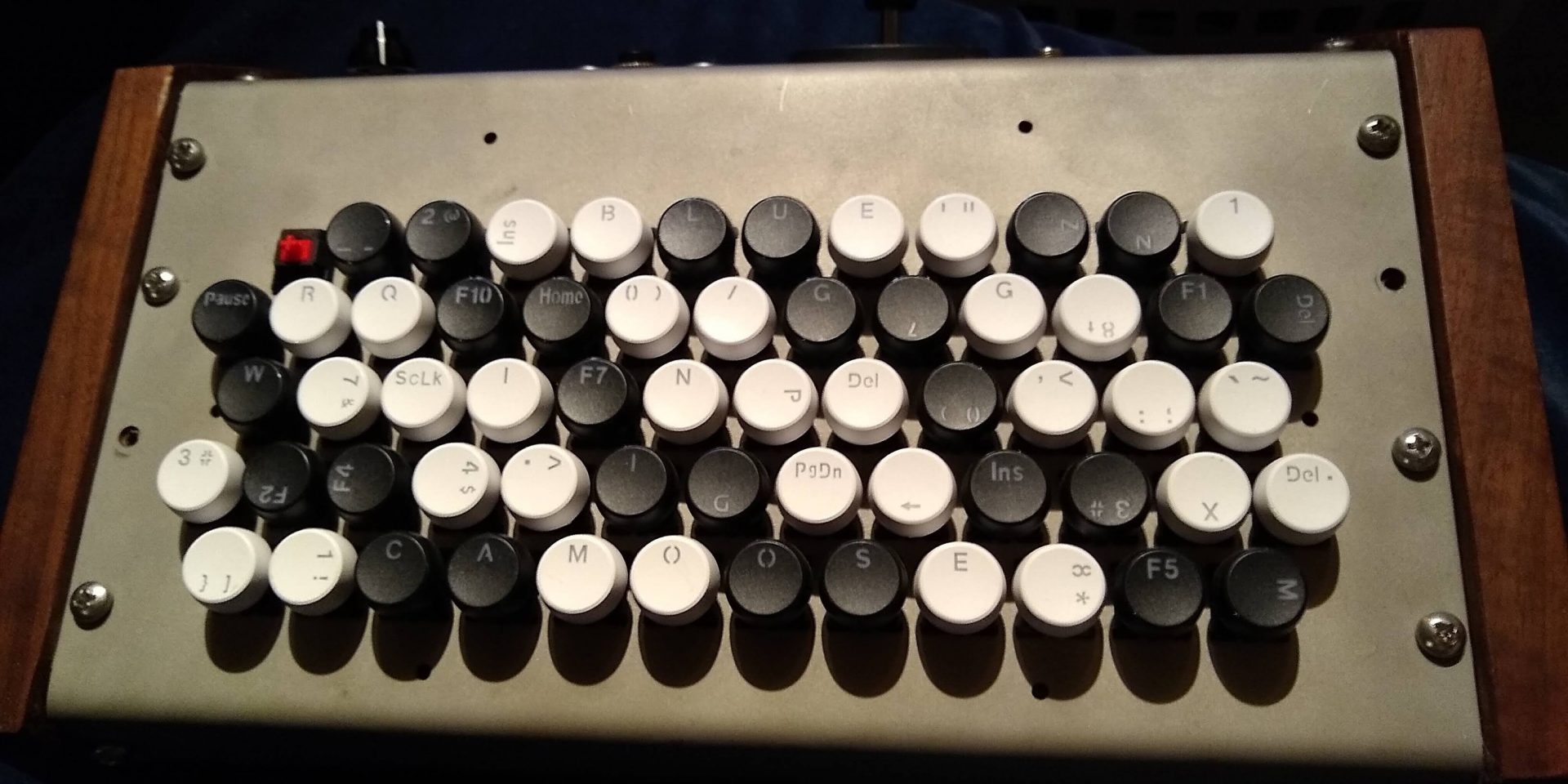 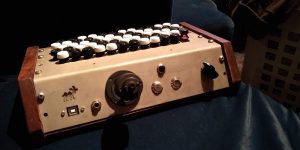 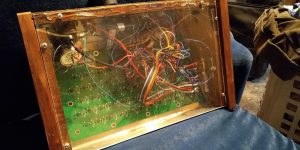 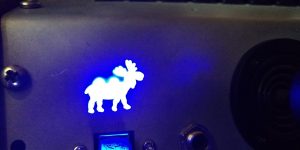 Second go at my synth based on a chromatic button accordion, MIDI and audio out. Now with PCB, 3 axis joystick, separate DSP, and a Blue Camoose logo.

The chromatic button layout is intimidating at first, but after a while it makes more sense than a piano, especially for improvisation.  Its like playing up the neck on a guitar, where it really does not matter what key you are in because everything is relative.  I also think it is better because it takes up less space (4 octaves in less space then a 2 octave piano keyboard) and it has multiple ways to play the same note, which has been really fun with the single note pitch shift.  I can play unison notes and then pitch shift one and get a nice pulse.

This one was much easier to build because of the PCB instead of doing point-to-point wiring of all of the diodes and switches.

Subscribe to our email list to get announcements about new releases, upcoming shows and instrument builds. I promise no more than an email every few months!